So just to make it known to the public, those of you who thought there is some minor/major problems between Strong Man and Sarkodie has got this one wrong as he gave it up to Sarkodie in his new song dubbed “Second Coming” 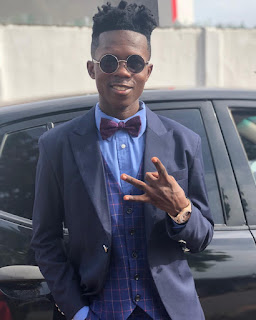 Just recently Strong Man left the SarkCess Music following reports that he contract came to an end and Sarkodie failed to renew it, Most people thought there is some kind of beef between Strong Man and Sarkodie and other social media users thought Sarkodie were killing strong man’s talent.

Immediately after the contract was terminated, reports were claimed that strong man were criticizing SarkCess Music following tweets he made after his departure with Sarkodie, but he later came out to say it was not directed to Sarkodie but rather it was football issues.

Strong Man shows some gratitude to the whole of SarkCess Music and even big up Sarkodie in his first song after he left his record label. what a behavior.
You can download song below if you don’t have a copy of it.