Rosemond Brown who has recently been releasing nude pictures if her self all over social media especially Instagram and also Facebook. This unwanted attitude as indicated by Ghanaian society from Rosemond Brown also known to be Akuapem Poloo has set most of the Ghanaian Heads talking about it and even some chiefs made mention of her as a disgrace to her community. But unfortunately Rosemond Brown  turned death ears to it as if she is not the one the elders were referring to because she still released some series of nudes after that allegation was made. She never bothered about critics of her attitude and she don’t also care about anything people says about her because, she thinks she can gain popularity out of it as most of the Ghanaian youth too sometimes become popular as a result of nude photographs and Videos.

Rosemond has disclosed to the public that she has stopped sharing half naked pictures of her self on social media pages and she will never walk in that path again. She also revealed that she has seen what is termed as light and will never return to the part of darkness again in her life.

In an interview that was conducted by Y3 Kasa TV  and was also monitored by  MyNwesGh.Com, Rosemond Brown made mention that, Kofi Asamoah of Kofas Media fame has contacted her to shoot a new movie, and thus that is a new indication that she is moving to a top level (higher heights) and so she need to comport her self.

Not long ago a radio personality Baabie Dapaah  advised her to stop that attitude of releasing her nude pictures in public for free, rather she should get her self a management that can make some money for her, or else the same Ghanaians cherishing her deviant attitude will be the same people to bring her down in the life line, so she should be careful in dealing with Ghanaians.

Akuapem Poloo Noted that the things she has been doing on social media is not good and she has decided to stop this all because she has gotten a new roll to play in a movie to be produced by Kofas Media or is it that she has adhere to the advice given to her by some elders?

Can we also say that she has achieved her aim of making her self popular that is why she has decided to stop? Because she was doing all this just to gain Ghanaians attention and she has gotten the attention of some Ghanaians and therefore has been assigned a new contract so she has decided to stop? now our question is that
Will she still stop or continue releasing her nude pictures in public if she is not given the new movie roll? Share your comments here on TodaysGhana.Com. 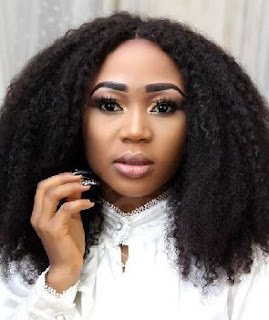