Showboy Jailed 6 years in US – Shatta Wale happy about it

HomeNewsShowboy Jailed 6 years in US - Shatta Wale happy about it
March 16, 2019
- Advertisement -

Sam Safo a former AMG member who is popularly know in the Showbizz Industry and on social media platforms as Showboy has recently been jailed 6 years in the US court on the 14 of march 2019 according to Ghbase.com

Somewhere in 2017, we can also remember that Showboy was involved in a fight with one of Shatta Wale friend who was identified to be Junior, and unfortunately for him, Showboy stabbed him in his stomach.

This case was reported to the police and showboy has been going to the court for the past six month only to be given a 6 years jail judgement in the US court on the 14th of march 2019.

According to Ghabase.com, Showboy has an argument with the said Shatta Wale friend Junior, and He attacked  Showboy in his car garage so Showboy in a form of self defense also stabbed him after he came to his apartment to cause trouble.

Showboy disclosed that, the Victim earlier mentioned above as Junior, disrespected his boss who is also the boss of the AMG Chris Waddle and he called him all sort of names, described him as broke and so on. 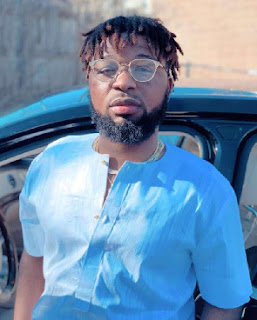 Shatta Wale Reacted to this issue mocking and trowing insults on him for being arrested. for all we know is that some time ago showboy challenged Shatta Wale and even asked for  fight against him.
The news was a sad thing for others but for Shatta Wale its a good news for him an he even wished he was jailed 1000 years. 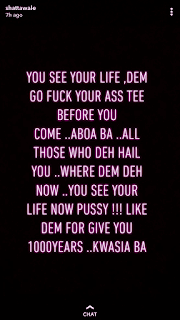