HomeNewsMarriage News is Fake - Zack Gh Confirms
April 1, 2019
- Advertisement -
A picture that was recently circulating on social media that, Abdul Razak Amissah who is popularly known as Zack Gh, a Musician and actor of Boss Nation is getting married to a lady who was labelled as Chantel Mensah Kufour. 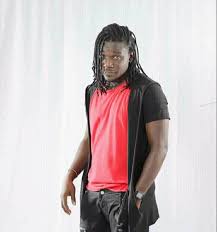 In a verbal call interview that was conducted by Salam Kane of TodaysGhana.Com, Zack narrated that, He woke up this morning to see numerous missed calls and was wondering what was happening, So he decided to check things out on social media and was amazed to see fake  information circulating on social media about his marriage that he really knows nothing about. In reaction to this, Zack Gh called his core management team (Boss Nation) In other to make quick announcing about the fake news circulating around to clear peoples doubt.
He continued to tell Salam Kane that, He decided to contact the Bloggers who published this forged and fake story on their sites and all they could say was that, they had the news from other sites and claim it was also from authentic and verified source.  Zack Gh explained to Salam Kane that, they are bloggers and they have published fake news about him, but he can’t fight bloggers and so, the only alternative for him was to bring out another story to confirm that it was fake and forged story.
According to Zack, This fake info has really caused him a lot, as it has made her family members to put blame on him for marrying without their blessings. His Brother who manages ZackNationgh website also published that so call fake news so Salam Kane was wondering and to clear his mind, He asked if he is not the Frontier of Zacknationgh Website, and in reply all he said was “It’s his brother who manages that site and he also published that fake news after he saw it circulating around thinking that it may be a surprising one for his lovers and fans. so he called him early in the morning to confirm the said story.
Zack Gh finally concluded that, he  knows nothing about this so called Chantel Mensah Kufour who bloggers take to him as a lady he is set to get married to in this April, so therefore bloggers who has taken it into their hands and circulating fake stories about celebrities should put a stop to it as it sometimes affects their personal and social life. For He Zack, His parents got on his neck and this has not yield any good results at all, because they did not take it easy with him.
- Advertisement -
Facebook
Twitter
Pinterest
WhatsApp