HomeNewsPowerful Prophetess warns Sarkodie to stop Occultism or else he will disappear...
August 24, 2018
- Advertisement -
Some years ago, we all heard bad news circulating all over Ghana about a singer Castro, who disappeared  and he is no where to be found till date.
well; the Prophetess warned sarkodie to stop the occultism or else he will disappear just like Castro.
According to the prophetess Osofo Maame Perpetual, the rapper is into occult practices, and may face the same problem as Castro if he does not stop it.
In a video circulating on social media, Osofo Maame Perpetual made mention of sarkodie as part of the ‘Illuminati’ group.
This is not the first time Sarkodie has been said as being ‘Illuminati’. There have been numerous reports over the years suggesting this.
Osofo Maame Perpetual is quite popular on social media for her often shocking and negative prophecies about celebrities in Ghana.
All though this is not the fist time sarkodie has been accused of being part of ‘Illuminati’ cult group. Years ago, there has been a lot of report about this. This same rapper also released a song in 2014 which he titled was ‘illuminati’.
In July 2014,Castro disappeared with his friend, Janet Bandu on a river in Ada, a town located in Ghana,  while riding a jet ski. Initial reports suggested that they had fallen off the jet ski.
The two had visited Aqua Safari Resort, as part of a group of friends of Black Stars captain Asamoah Gyan. 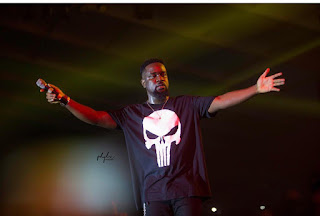