HomeNewsGuru charged GHS4 before he was allowed to take a picture at...
April 20, 2019
- Advertisement -

Wait oooo when did the president make picture snapping became a way of earning some money for the economy, Ah well, that is the new order. 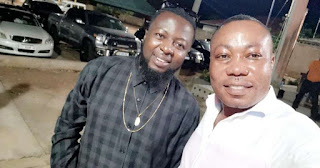 Guru wrote a letter to the president indicating how he was treated at the Adomi Bridge on his visit and he even paid some taxes just because he wanted to take a picture at the site.

According to the note he wrote to the president on his social media page, he was not expecting to pay any money to take a selfie at the tourist site and he was very disappointed to the kind of development the president, His excellency Nana Akuffo Addo has put in place. 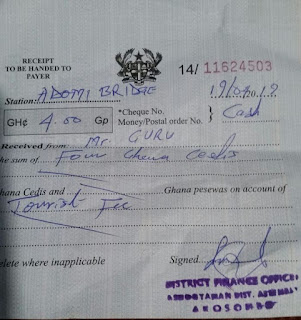 The handlers of the site in which Guru described as ‘a bridge build by Dr Kwame Nkrumah and renovated by the former president John Mahama’ claimed the order is from the first gentle man of the republic of Ghana so the artist directed his undisputed anger on the president for such development.

From the note he wrote, to take a common picture you will have to pay 4gh and also a selfie is 2gh per head,
I beg, get prepared when your going there, haha, Imagine you taking 50 pics, calculate.and wont say the rest, you know how much you will pay.

Guru wrote;
Your excellency Mr President, this is the receipt given to me today 19th April 2019 at Adomi bridge as fee for pictures I want to take as a Ghanaian on the bridge Kwame Nkrumah built and which Mahama renovated. The people in charge told me that the order is from the President, that even if you want to take selfie it’s 2gh per person. Your excellency if indeed you authorized this God forsaken tax then am disappointed in you. How much do Ghanaians pay when they travel to Dubai, China, American, etc yet those countries are 100× developed. Even China’s world’s longest 30 miles sea bridge to Hong Kong is free, what is happening? What a shame!!!!
- Advertisement -
Facebook
Twitter
Pinterest
WhatsApp